Plant a tree in memory of Waynona
An environmentally-friendly option 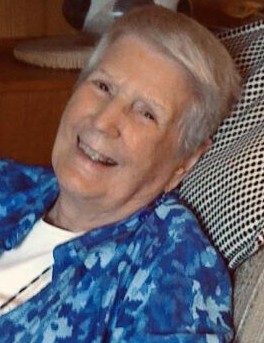 Waynona Newcom was born June 23, 1921 in Benton, KS to Wayne and Yetiva Morgan Newcom.  Following public school in Haven and Pretty Prairie, KS, she attended Kansas State Teachers College at Pittsburg, KS.  Upon graduation with a BS degree in Education with a major in Mathematics and minors in Commerce, English, and Speech, Mrs. Brown taught in high schools i Haven, Planeview, and Pretty Prairie, KS.  She subsequently attended the School of Social Service Administration at the University of Chicago in 1046, with a Red Cross Scholarship.

Mrs. Brown worked for the Chicago Chapter of the American Red Cross in 1947-48 and the Kansas Children’s Service League in Wichita and Coffeyville, KS from 1948 to 1953.  Following the receipt of the MA degree in Social Work from the University of Chicago in 1953, she moved to Champaign, IL to become the Supervisor of the Champaign Office of the Illinois Children’s Home and Aid Society, where she remained until her marriage to Richard M. Brown in 1962.  From 1976 until her retirement in 1984, Mrs. Brown was the Agency and Institution Licensing Representative for the Champaign Region of the Illinois Department of Children and Family Services.

Mrs. Brown was involved in a number of volunteer activities.  Prior to her marriage, she was active in the local chapter of the National Association of Social Workers, a board member of the United Community Council and of the Volunteer Bureau, and a member of the Children’s and Unmarried Mothers committees.  Mrs. Brown was also a Board member of Cunningham Children’s Home, Urbana, for 16 years between 1960 and 1990, where she also served for many years as Chairman of the Personnel Committee; a member of the Children’s Home and Aid  Society Auxiliary in 1963-2003, a volunteer at Planned Parenthood Association of Champaign County in 1966-1967 and a Board member from 1986-89; on the Board of Directors of the Child Care Association of Illinois from 1968-74; on the Board of Directors for the Children’s Planning Consortium of Illinois during its organizational period in 1973-74; and Chairman of the Champaign Area Public-Private Agency Planning committee 1974-76.

Mrs. Brown is survived by two sons: Alan W. Brown of Rio Rancho, NM, and Stephen H. Brown of Urbana, IL; one daughter, Kathryn L. Blackwood of Santa Cruz, CA; four grandchildren, 12 great-grandchildren and 5 great-great grandchildren.  She is also survived by 5 nephews.  Her husband, parents, one son, Peter, a brother and two sisters, two nieces and one nephew predeceased her.

Memorial contributions may be made to Cunningham Children’s Home, Urbana, IL.

Plant a tree in memory of Waynona by clicking here.
To send flowers to Waynona's family, please visit our floral store.

Plant a tree in memory of Waynona
An environmentally-friendly option

Plant a tree in memory of Waynona

1 tree planted in memory of Waynona

A Memorial Tree was planted for Waynona Newcom Brown

Plant a tree in memory of Waynona