Share a memory
Obituary & Services
Tribute Wall
Read more about the life story of Rodney and share your memory.

Rodney Lee Tudor, 60, of Urbana, passed away on Wednesday, Jan. 11, 2023 at home.  Rod was welcomed to heaven by many of his beloved family who have passed before him.

He was born on January 21, 1962 to Carl Thomas Tudor and Eleanor Elizabeth Hubert, at Burnham City Hospital in Urbana. He graduated from Urbana High School.

Rod was born the youngest of a large family of four sisters and three brothers.  He was preceded in death by his parents and sisters, Sandra Coykendall (Don) and Bonnie Hall and brothers, Richard Huffman, and Larry Huffman (Joyce).  Rod is survived by his sisters, Linda McCoy of Urbana, and Becky Broeker (Rick) of Thomasboro, and his brother Tom Tudor of Urbana.  He is also survived by many, many cousins, nieces and nephews, whom he adored, especially the younger ones, where he would never miss delivering a roll of quarters on their birthdays.

Rod was born prematurely, with cerebral palsy, his father died when he was 6 weeks old, but he never let it hold him back.  He underwent numerous surgeries at local hospitals as well as Shriners Hospital for Crippled Children in St. Louis, in an effort to lengthen the ligaments in his legs so he could walk more easily.  He often walked in Lincoln Square to exercise his legs, “Use it or Lose it”, he always said.

Rod dearly loved his grandparents, Nick and Grace Hubert, and spent much of his youth blessed with their loving care and influence.  As an adult, Rod worked many jobs, usually two at a time, to earn what an able-bodied person would earn with one.  He endured the cruelty of ignorant people and, at times, discrimination by scrupulous employers, but he never complained about his disability or let it hinder his ability to be the hardest working and most dependable worker he could be. His work ethic was impeccable, he walked to work during the last blizzard, knowing he most likely would be the only one to show up and would be needed.

Rod loved his mother and they were best friends.  When she passed away at age 93, he was a bit lost and a huge void was left in his life.  It seemed, when he wasn’t working, he was sleeping.

Rods’ story is not all sad.  A couple of years ago, he was hired by Carle Hospital to be a floorcare technician for which he had 30 years’ experience. He worked the night shift, loved his job, was paid well and thrived.  For the first time in his life, he was able to buy a decent car and he bought the mustang he had always wanted, his pride and joy, which sustained its first dent on the day he died.  He planned his first real vacation just after Thanksgiving and traveled to Mexico.  His family was so happy for him.  Rod enjoyed going to car shows, the races, Starved Rock State Park, riding his motorcycle, and going to MaryAnn’s Diner when he got off work at 1 am, for a bite to eat. If only he could have had more time to enjoy the life he always deserved! He had a such a caring heart.  His heart betrayed him, but he will remain in our hearts for as long as we live.

Rod will be cremated. A visitation will be held on Friday, Jan. 20th from 6 to 8 pm. at Renner-Wikoff Chapel in Urbana.  There will be no traditional funeral, as family would like to plan a celebration of Rods’ life on a later date.

Any memorial donations should be made to Shriners Childrens’ Hospital in St. Louis.

Condolences may be offered at www.renner-wikoffchapel.com

To send flowers to the family or plant a tree in memory of Rodney Lee "Rod" Tudor, please visit our floral store. 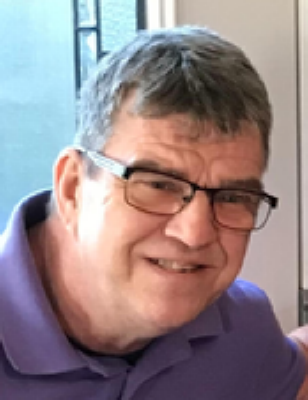 You can still show your support by sending flowers directly to the family, or by planting a memorial tree in the memory of Rodney Lee "Rod" Tudor
SHARE OBITUARY
© 2023 Renner-Wikoff Chapel & Crematory. All Rights Reserved. Funeral Home website by CFS & TA | Terms of Use | Privacy Policy | Accessibility