Plant a tree in memory of Ernest
An environmentally-friendly option 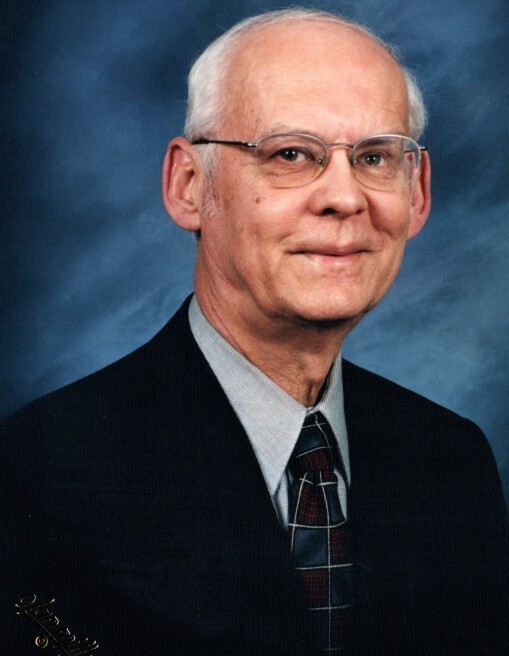 Ernest Landrum Young, 84, of Savoy, Illinois passed away at home on Thursday, April 8, 2021. He was born in Bogalusa, Louisiana on August 3, 1936, a son of Ernest Emile Young and Ada Mae Landrum Young. He was preceded in death by his parents and a twin sister, Ernestine, who died at birth.

Landrum is survived by his wife of sixty years, Rita Baker Young, and their three children, Paul, Laura and Keith. Landrum and Rita met in college and were married on July 29, 1960, at Sacred Heart Catholic Church in Baton Rouge, Louisiana. Other survivors include his brother, David Emile Young and David’s children, Patti, Lisa, Greg, Toni and Allison as well as numerous great and great-great nieces and nephews.

He served his country as a medic in the Louisiana National Guard Army Reserves and in active duty.

He began his career as a Research Assistant in the Virology Department at M.D. Anderson Hospital in Houston, Texas, studying leukemia and tumor viruses in laboratory animals. After five years, he went to work at NASA/Johnson Space Craft Center as Supervisor of Biological Testing in the Lunar Receiving Laboratory. During the early lunar landing Apollo missions (XI, XII, XIV), he was responsible for exposure of the first lunar soil samples to animals and plants and for supervising various other biological efforts. In addition, he provided biological support on Skylab missions. After ten years at NASA, he became the Director of Laboratory Animal Resources at the University of Illinois and remained in the position from 1977 until his retirement in 1989.

Landrum was a member of the National Association of Laboratory Animal Science and the first winner of their Technical Notes award for a technique that he developed at NASA. He was president of the Illinois Branch of AALAS in 1981 and received their Outstanding Achievement award in 1989.

Landrum’s passions, in addition to his family, included music, travel, gardening, LSU football, Illini Basketball, and horse racing. He played cornet in his high school and college marching bands, and he enjoyed listening to jazz music. He took Rita and their children on trips that he planned in intricate detail. He was a Master Gardner and spent countless hours landscaping and caring for his garden and for the commons area in his neighborhood. He enjoyed watching horse races on television and at race tracks in various states.

Landrum’s journey with Parkinson’s Disease began about twenty years ago. As he lived through many challenges, he never let the disease define his life. He had an inner spark that enabled him to maintain a positive outlook and a joy for life that showed in all aspects of his personality. Throughout his illness, he was able to keep his mischievous sense of humor and quick wit. He was always ready to learn something new or to help someone with a project; and he adapted and adjusted, without complaint, to whatever life presented.

Because of the pandemic, a celebration of Landrum’s life will be held at a later date. Renner-Wikoff Funeral Home in Urbana is handling arrangements. Memorial donations may be made to the Champaign County Parkinson’s Support Group, in care of Dave McWilliams, Treasurer, 724 S. Elm St., Champaign, IL 61820, or to the Arbours Home Owners’ Association Tree Fund, in care of Rachel Tyson, Treasurer, 406 Arbours Dr., Savoy, IL, 61874. A tree will be planted in Landrum’s memory in the commons area of his neighborhood.

Plant a tree in memory of Ernest by clicking here.
To send flowers to Ernest's family, please visit our floral store.

Plant a tree in memory of Ernest
An environmentally-friendly option

Plant a tree in memory of Ernest

1 tree planted in memory of Ernest

A Memorial Tree was planted for Ernest Landrum Young

Plant a tree in memory of Ernest