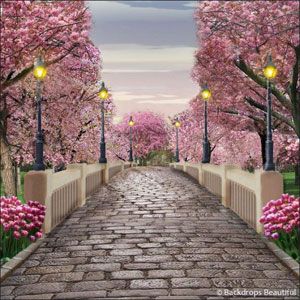 Eleanor was born November 7, 1922 in Ashkum, IL, in the farm home of James F. Anderson and Kathryn Zeedyk Anderson.  She was the oldest of their seven children.

Eleanor and siblings attended rural school and she really did walk 1 ¾ miles to school.  She graduated high school in 1940, then enrolled in a two year program for rural education in what is now Illinois State University.

During her sophomore year she met Roy E. Hoch, an airman from Fairfield, IA, who had joined the Air Force in June 1941, and was stationed at Chanute Field in Rantoul, IL.  In June 1945, the now Lt. Hoch returned from 33 months overseas, 30 missions and 22 months as German P.O.W.  They were married June 17, 1945 in Cullom, IL.  Eleanor and Roy lived in Fairfield, IA, where James “Jim” and Andrea “Andy” were born.  They moved to Oskaloosa, IA where Carl R. “Bob” was born.

Eleanor earned her degree from Wm. Penn College in 1963.  She taught school from 1963-1988.  She loved her teaching.  She was active in childrens’ lives and in the community.

In 1957, she became a P.E.O. member in Oskaloosa.  She demitted to chapter JP in Champaign.  Eleanor moved to Champaign in 1998 where her daughter lived.  At the time she had a sister in Champaign and other relatives in the area.

Eleanor was preceded in death by her parents, her husband in 1982, sisters Carol, Barbara and Phyllis.

She is survived by daughter, Andy in Champaign, sons, Jim from Ocala, Fla., and Bob from Newport, TN.  She has 6 grandchildren and several great grandchildren. She is also survived by a sister, Thelma and brothers, Paul and Glenn.

Eleanor has donated her body to the Anatomical Gift Association of Illinois.  She then will be cremated and buried in Oskaloosa.  Memorials may be made to the Oskaloosa Public Library for the lower primary department in Oskaloosa, IA.  52577.

A memorial service will be held in Oskaloosa at a later date.

Plant a tree in memory of Eleanor by clicking here.
To send flowers to Eleanor's family, please visit our floral store.

Plant a tree in memory of Eleanor
An environmentally-friendly option

Plant a tree in memory of Eleanor

1 tree planted in memory of Eleanor

Mrs. Hoch was my first grade teacher. She was such an inspiration in which lead me to becoming a teacher. She taught me how to read, how to make applesauce from the apple from her tree. I have some many wonderful memories of her. All through college I had to reflect on who made an impact on my life and lead me to becoming a teacher and Mrs. Hoch was THAT person. R.I.P. Mrs Hoch. May you rejoice with the Lord! ❤️

A Memorial Tree was planted for Eleanor May Hoch

Plant a tree in memory of Eleanor