Share a memory
Obituary & Services
Tribute Wall
Read more about the life story of Camillia and share your memory.

Camillia Ann Marsh Jones was born February 4, 1933 in Randolph County, Indiana, and entered into Heaven on Thursday, January 5, 2023.  Her father and mother met at Praise Chapel, Church of God Anderson, near New Pittsburgh, Indiana.  Her mother was a school teacher and her father was a grocer.

The family moved to Albany, Indiana where her father opened Marsh Market Grocery Store.  He and his brothers would go on to found Marsh Supermarkets in Indiana and Ohio. When Camillia was 5, her mother determined that her daughter would be raised a Christian and they began attending the Albany Church of the Nazarene.  Camillia gave her heart to Jesus as a child at the altar.  Camillia's father was determined his child would learn piano. She took lessons and practiced, sometimes only at her mother’s insistence. Camillia was a church pianist and organist for over 60 years.

Camillia attended Olivet Nazarene College in Kankakee where she met the love of her life, Eugene Owen Jack Jones.  She transferred to Ball State University where she graduated in 1955.  The couple was married in Albany, IN on August 5, 1955. While her husband finished his studies at the Nazarene Theological Seminary in Kansas, she began teaching. The couple took their first pastorate in Atchison, Kansas where both of their sons were born.  In 1961, they were called to Perkins Church, a newly organized Nazarene Church, in Urbana, Illinois. They pastored there for 11 years before beginning Faith Community Crusaders Church in the same town.

Camillia returned to the classroom at Prairie School in Urbana in 1964. She taught first grade until 1999.  She received her Master’s Degree in Education from the U of I.  After retiring she taught at Kingswood School, a faith-based institution where she loved teaching students from all walks of life.

It was her great privilege to teach and enrich the lives of her grandchildren and hundreds of others over many years.  Whenever she went out in public, someone would approach her to say they had been taught by Mrs. Jones. Her students always remembered her enthusiasm for teaching, her love for them, and her classic beehive hairdo in which pencils would sometimes get lost.  She was a dedicated pastor’s wife, church musician, Sunday School teacher, public and private school teacher for over 60 years and was a blessing to many.

Camillia was preceded in death by her parents, Merritt Marsh and Cora Avis Marsh, and her husband, Pastor Eugene Owen Jack Jones.  She is survived by her sons, Richard Merritt Jones (Vickie) of St. Louis and Marsh Wilkinson Jones (Kimberly) of Urbana, and her much loved Grandchildren Emma Evangeline Avis Jones, Tressa Victoria Anne Jones, and Clarke Wilkinson Marsh Jones.

To send flowers to the family or plant a tree in memory of Camillia A. Jones, please visit our floral store. 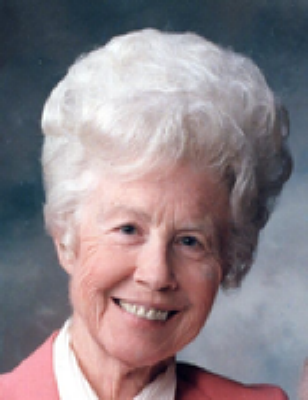 You can still show your support by sending flowers directly to the family, or by planting a memorial tree in the memory of Camillia A. Jones
SHARE OBITUARY
© 2023 Renner-Wikoff Chapel & Crematory. All Rights Reserved. Funeral Home website by CFS & TA | Terms of Use | Privacy Policy | Accessibility